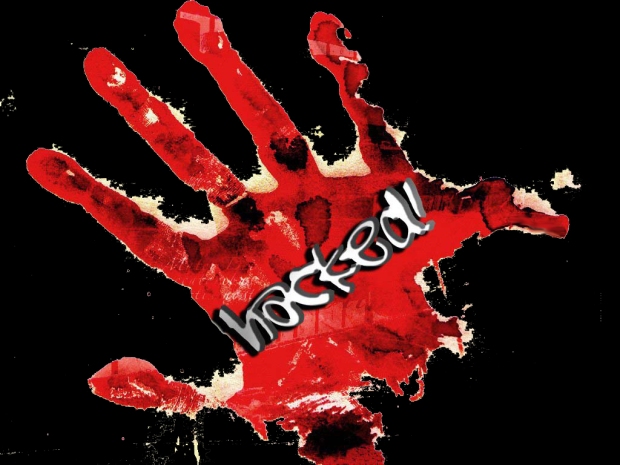 The order of the day is hack, hack, hack! This would have sounded more appealing had it been out of a role playing game. Unfortunately this was precisely what we here at Metalspree had to go through the last few months. Our site was laid waste by hackers whom it seems are more jobless than your average internet joe out there. We’ve had a few break-ins in the past but it kinda shot up recently. We initially had no clues as to whether these were targeted attacks or just random ‘taking a shit’ sort of intrusions, which just happened to be on us of course. For either way we were left limping as to what to do with our site. We were barely trying to recoup ourselves when the site was finally hacked ridiculously three friggin times within a span of 3 weeks. More like slobbering the second leg of the limping man down the street just for the fun of it. Due to a major lapse on our part, we never had a backup of all data on the site; quite obviously we lost all content. Therefore we take this opportunity to sincerely apologize to all the bands that have had reviews written about them on our site and also most importantly to all our followers we have gathered over the past one year of our existence.

On a serious note this might as well be a result of our “.in” extension to our site, for our country as a whole has recently been exposed to a spate of cyber security attacks. With all the hacking teams making great headway in hacking into our government sites (which so happens, have just their bare thin undergarments on for protection).  Our site seems to be just another sidequest in their long objective, probably earning them a few brownie points. So much for hacking with a purpose. Hacking despite its good intentions should have been more directed, and should serve their specific agenda of change . Well let us not digress here and teeter off the road. In the end we’ve decided to steer clear of these hackcracks and are planning to shift to a new server and a new domain and get things rolling once again. To be on the brighter side of things, we are now more than ever, better motivated to run this site with a renewed vigor. You will thus bear witness of our inevitable rise from the ashes.

Let me not bore you with our deplorable state of things, since we have some serious catching up to do! Here are a few tracks released this year, that I think oughta be heard.

Their last album ‘ New World Shadows’ was a bolt from a blue. That was one fine slab of melodeath. For all those laymen out there Omnium Gatherum is a finnish melodic death metal band from Finland, and with their guitarist sharing duties with Insomnium. I guess that last statement alone will have a few heads turning. That said, I have a feeling that their new  album ‘Beyond’ will outperform every other Insomnium album to date. Dumbfounded Hype? Probably.. Listen to their first teaser single ‘New Dynamic’ below. Those trance inducing melodies!!

I am sorry if I’ve hurt any religious sentiments here, but come on! It is just a band name, and more than half of the song is supposedly in Greek, so you can quit trying to nitpick the lyrics. Here is blackened melodic/ war metal/whatever veterans’ new track In Yumen – Xibalba from their upcoming album Kata Ton Daimona Eaytoy. Unholy in every sense of the word this song bleeds the thought of decadence soon to swallow up humanity!