Today i’ve dug up  some interesting local metal. The word ‘local’ here is by no means derogatory and kindly view it as a reference to our own Indian scene so save your whining for another day.  Today we visit two bands, who have consistently managed to entice us with glimpses of excellent musicianship.

Goddamnit! I’ve never even had an inkling  as to the band’s existence until very recently. A hundred lashes from a metal barbed whip is what i deserve. Nothing can make up for this gross ignorance . Now for the rest of the uninitiated idiots out there, Gaia’s Throne is a heavy metal/ power prog band from Pune. The mention of the genre alone is something of a breather from the wave after wave of bad metalcore that seems to have the country in a stranglehold .

The band has just released two tracks, which includes a self titled track and a second one titled ‘Contact’. After having checked the song, for some reason one word popped up. ” Rishloo”. Vocalist Siddharth’s vocals sound strangely similar to that off Rishloo’s Andrew. The instrumentation employed does seem to have a flavor very similar to the Rishloo styled of prog. And yet Gaia’s Throne holds their own, weaving ethereal melodies with some breathtakingly beautiful vocals. More often than not progressive bands try to do a tad too much when it comes to instrumentation and pretty much shoots it over the roof. But Gaia’s throne seems to blend in things nicely, every single part of the song segue into the next with relative ease. This makes it a much more cohesive listen and high repeat value . And oh! did i mention that the production cannot be really that far from perfect. It highlights each and every nuance played in the band so the listener may pick it up within the first few listens.

Then comes the lyrics. Set in a futuristic yet dystopian setting, both the songs slowly unveil the multi- species storyline at hand. I wouldn’t want to go further into the deep lyricism for you can follow them all here at their personal blog. I stress you check the entire blog, which is a great read and you’d probably sense the extend to which the band has gone to churn out this beauty. Checkout both these songs below and also accompanying them is a lyric video of the song “Contact”. 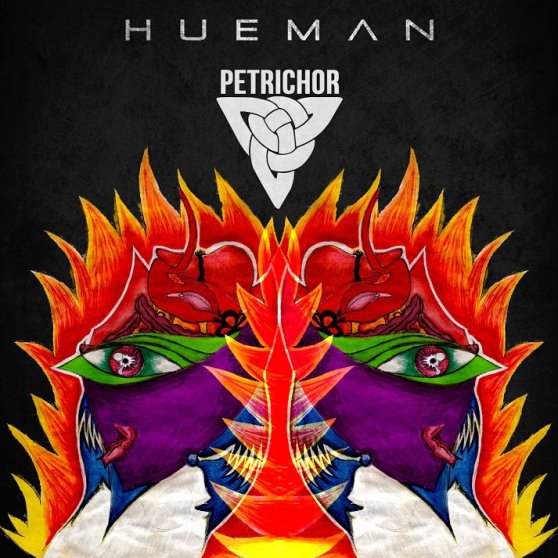 Next up is Petrichor. Everyone who has stumbled across our compilation might find this name pretty familiar. Their sheer ability to write grooves that straddle the thin line between extremity and progressiveness is what got them there. The cover art alone is a perfect visual description of the kind of music they have in store for the listener. So why the re-mentioning them you ask?  Well they have just released the entire stream of their debut EP ‘ Hueman’. Take caution though, for these riffs might just shake your balls off. The entire EP was tracked and mastered at Refractor Studios which is co-owned by members of Noiseware. Listen to the entire stream below.