Today we have our close friend Nikhil Bejai talking about the new EP from The Korea titled Saturnus, released via Rogue Records America. 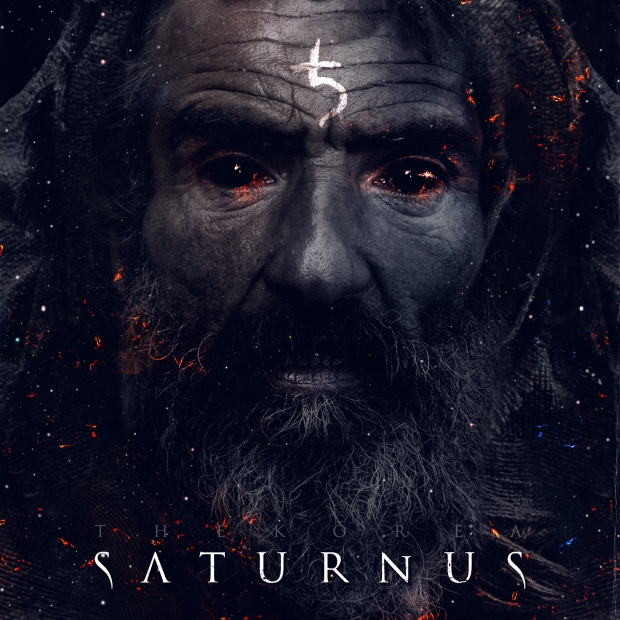 Honestly I was initially unable to completely appreciate whats going on with The Korea’s ‘Saturnus’.   The Compositions sounded relatively fresh, and brought something new to the table and yet still I couldn’t really tell. It took a bunch of looped listens to finally figure them out. Yes they can twist it around back and forth all they like, but all they are is a cleverly arranged deceptive ‘slip-knot! Oh yes you heard me right. And as you would have figured, I’m definitely NOT talking about the band slipknot; rather the word.., as my English teacher once clarified to me. You could probably look ‘slip-knot’ up in a dicktionary. Oh! pardon my typo error. Silly me  0:)

The Korea belongs to Russia it seems. Oh dear oh dear… No Mr. Kim Jong! Now don’t you run along with that missile wrapped between your thighs! Lets leave that act to Harry Potter shall we 😀

We are talking about a Progressive METAL BAND here! Duh!  And pretty good one at that if you have the ear for this style! Beware There is a subliminal Korean Connection here which most of you may not like the sound of :O  No ! Mr Kim not again..  I meant South Korea this time! Well get to that in a while.

I’d like to start of with a small note, which I never fully understood. But I’m pretty sure it applies here, as with most other music around the globe.

–          Correlation does not necessarily imply causation. (Let us call it the Law of Anti-instinct)

The EP They’ve Released is a Three Song set but repeated twice. i.e English and Russian Lyrics. I’ll stick mostly to the musical aspect of it though. A focused listen to the first two tracks i.e Saturnus and Zion will give you a fair idea of their stylistic direction and probably influences.

Stream the entire album below:

The Intro to both Saturnus and Zion both have this strong dark ambient build up which fades into a juicy melodic sequence with a hint of synth that serves as the backdrop throughout most of the song, while a blast of bouncy groovy djenty riffs take you for a ride while showering on top of it all are the shhhrrrrill but tight  growls. Notice the emphasis on the word shrill.  Overall the musical composition and the Growls strike strong resemblance to works of Swedish giants Vildhjarta. Have a listen to this one.       [Go read The Law of anti-instinct once again and come back!]

Another notable aspect is the tone/sound timbre of the riffs . Even though it’s one of the In-your-face djenty sorts, that’s hip currently in the metal scene.  If you lower the compression on the Guitars or slide up the eq on the lows / undertones maybe the distortion will sound very close to that of Korn. Vildhjarta, I mean you more or less have This!  Its does not mean anything on the downside, just a random observation to screw with your head if you hate Korn, Haha. They were epic you know (once upon a time).

The KoRn connection became apparent to me when I first heard the Poles (Track III) on the E.P. The riff seemed like a fast paced , rearranged and compressed version of the intro riff on Here to stay. Poles is a pretty good track, and personally the best of the three track E.P! It does not necessarily follow the Vildhjarta formula as much as the first two tracks, rather marks its own territory.

It could either be a choice or a compromise I can never really tell but I’d have wished the track Poles had a mammoth Riff tone of the sorts of the Mighty Gojira. However, the composition is pretty great here and true to the essence of a promising progressive metal  act who know exactly what they are doing.

Last but not the least, the most important thing about The Korea. At first, I was surprised the Weird asian accented screechy rap/shouting vocals the singer sings in between to fill in the shhhrrrill growls here and there heard often in Saturnus and Zion. I had a long discussion with Mr. Kim Jung who was adamant that the Rap was not done by a North Korean.  Yes fellow metal heads our guess may be right !

P.S –  Kim Jong in this context is an average elitist metal head who believes anything sounding remotely new or different than what he likes is bull crap.

I think The Korea Band are pretty good at what they do.. with albums to come I’m sure they have a potential shocker in them.  If you don’t like them, it just may not be your staple diet. That.. is all.