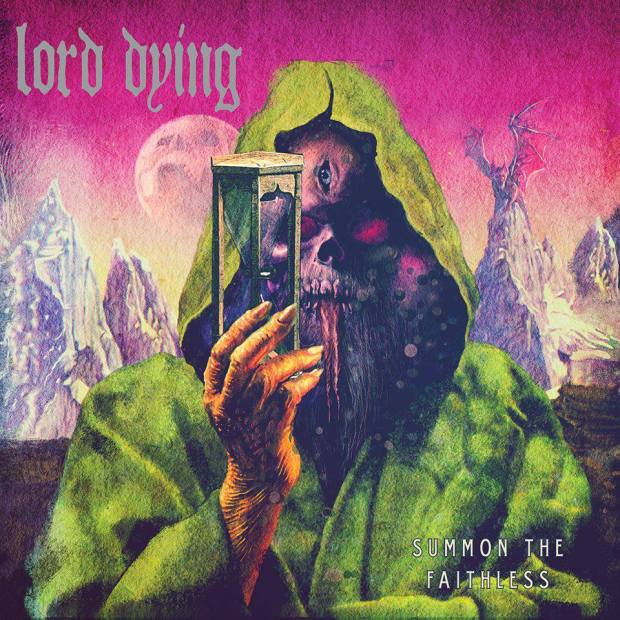 Relapse Records have played a huge role in supporting the contemporary sludge metal scene. All of the great bands that today’s generation associates sludge with have been a part of this roster. Baroness, Kylesa, Mastodon and of course the band which partly sowed the seeds of this genre, Neurosis, comes to mind. Another band, which has now joined these names, is Lord Dying.

Lord Dying is a four piece from Portland Oregon, and their music can be best described as simple straightforward sludge metal and that’s pretty much it really. These guys take the best from what’s already been done and apply it to a much more simpler, a somewhat more mid tempo format. There are tracks here that do flirt with other genres such as Greed is your Horse, which sounds like a cross between something Portal would do and traditional doom, and Perverse Osmosis, the starting of which is very powerviolence-ish , but  mostly  the band stays directly under the shadow of sludge.

However that being said, they do stay firmly attached to their roots. For this album  has everything a good sludge metal, should  have ,  really dirty heavy guitar riffs, a very detailed yet heavy drum sound,  and  changing dynamics  between  massive guitar chugs and a more overdriven hard rock style, which makes this a fun album. Although not revolutionary by any means, this will definitely stay in my playlist for those times when I want to hear something a bit off kilter than the usual grind routine. I wouldn’t really recommend this to people who are new to sludge but avid sludge fans should definitely lap this up.

Stream the entire album below