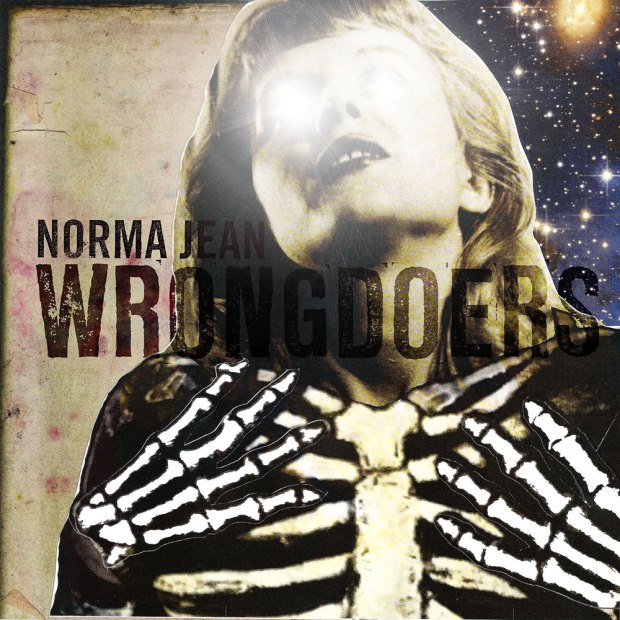 Christian metal… An oxymoron to many, a source of inspiration for some, good music for a mere handful. More often than not, your average heavy music enthusiast shuns it like the plague. This is precisely where one needs to bring in that ever so clichéd phrase, “You don’t know what you are missing.” To people with faculties that abound in the dumb ignorance quotient, Christian metal, despite their overtly religious tones has its share of unique bands, which haven’t been given due credit. From the death metal cavalry of Mortification, prog laced thrash from Believer, the unmitigated onslaught that is Living Sacrifice, and the inseparable paragons of old school doom which is Trouble. It probably is safe to say that the 90s held fewer Christian metal bands, yet being those who never allowed quality to take a nosedive like we are full witness to today. Post – millennium, what you have is a slew of metalcore bands that rehash rehashed material and served with a cup of evangelical tea.

Here’s their first single. To just give you a preview of what to expect.

As the case may be, there will always be a few exceptions to the rule. Zao was one, Underoath and Becoming the Archetype for a good part were as well. While the rest, were quite content on donning exactly the same piece of clothing and a whole lot of swagger. Then there were a small  lot that started out boring, continued being boring albeit hinting at improvement, until finally they just decided it was time to quit and start anew. Norma Jean is an example.

With their last release Meridional, it was quite obvious they were finally beginning to find their feet as opposed to showing mere glimpses of it. The sound of Meridional was something of a homage to every sound they’ve previously tried out on, to moderate success. Wrongdoers, their 6th down the line, sees the band honing its craft and delivering with much conviction which lacked previously. Just the like their last record a few Dillinger Escape Plan-esque mathcore comes into play, but this time with their own, subtle yet conspicuous little spin on it. Even a few surprisingly sludgy sections do take a peek in and out of a few songs. Then there is your share of off heatseekers such as the absolutely emotive closer Sun Dies, Blood Moon. Playing along the slow reflective line rather than the all guns out blazing style the band is recognized for, coupled with Cory Brandon’s unfeigned warm croons and strung out screams of despair, all makes for a much endearing listen. Songs like Triffids (yes those venomous man eating plants you see on cartoon network), Funeral Singer, If Got It At Five You Got It At Fifty all count powerful crunching riffs than on senseless guitar pyrotechnics.

The album capitalizes on all past misgivings, restructuring them into something more cogent and yet relishing in its controlled yet chaotic environment. Effectively lending the album the necessary appeal and high replayablity, which past Norma jean records I personally think, sorely lacked. This will be their antecedent benchmark for all Norma Jean releases to come. Wrongdoers can do no wrong.

A B-side from the album 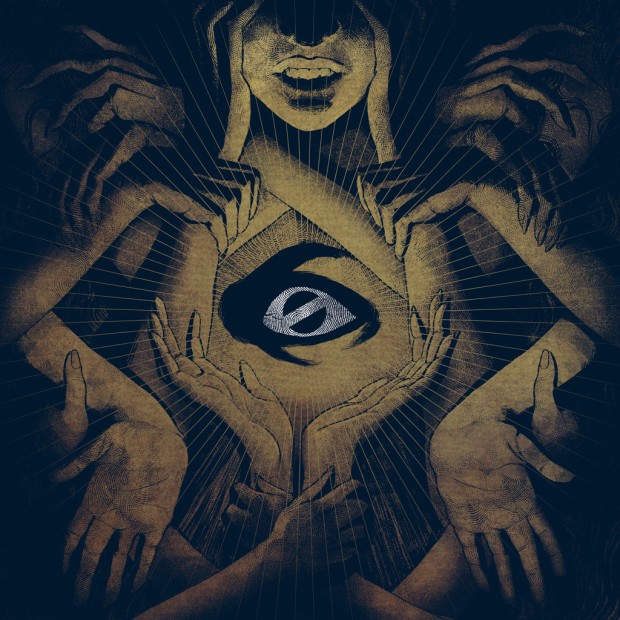 The crowd funding campaign.. A phenomenon which seem to have caught on like wildfire in the music realm.  For all you laymen, certain sites such as IndieGoGo and Kickstarter lend artists the option of funding their albums through their fans (who are to offer donations with no limit bar). Fans are then offered some cool add-ons/perks with their purchase of the finished album. This means this can only work out for bands with an established fanbase. Bands tend to toe this line when faced with either of these issues.

1. Completely fed up with their labels’ callous attitude/creative control over the album, and want to dissociate.

2. Bands express the need to go DIY so they gain full control over everything, from production to touring to sales. The profits can be put into good use.

It’s  been great so far. Fans have been paying up rich dividends, in fact drawing an amount of money almost double their actual requirement. With everything going this good one cannot but help but bring a bit of skepticism into the picture. Even if that means, doubting a band that you’ve been quite an ardent fan of. The band in question here is none other than Misery Signals.

After a gap of 5 painstaking years Misery Signals have returned with hopes of creating a few ripples in that almost axiomatic pool of stagnancy –which is Metalcore. Clearly their debut ‘Of Malice and the Magnum Heart’ and ‘Controller’ both left lasting impressions on the scene. Spawning in the process a slew of run of the mill clones (only pretentiously so). The Misery Signals sound has thus been a hallmark within the confines of the genre, something scores of bands have tried to capture and instead found themselves, toppling over each other. So yes, we have several thousand ears yearning for a taste of what was to come.

Well let’s just say, it is hard for bands to build on an already cemented past.  Absent Light sees Misery Signals being themselves, which yes, adds an air of authenticity, but in the end finds itself falling short. What the band has always excelled on was in creating a seemingly undeniable and enviable combination of technicality, melody and lyricism hitherto unsurpassed in metalcore. A fine balance, in fact too fine, as even the slightest of dilutions or inadvertent doses of any one of these, can tip the scale towards the ever so common trapping of “missing something”. With Absent Light the band immerses itself in a tad too much of technicality and the songwriting sort of takes a blow. Each song has great moments, instantly reminiscent of the almost hallowed heights the band had previously traversed. Yet these very songs suffer from passages that fall terribly flat, several mechanical riffage devoid of any life runs rife throughout the album. In the end each song sounds fractured at several points. It disengages the listener as much as it engages hi m. I’ve been through this album several times now and it still hasn’t clicked. The ‘Grower’ card just seems to fail here.

That said, there are a couple of songs such as Luminary, Shadows and Depths, Ursa Minor that still ekes out in to your system despite all attempts of protest. But what takes the cake is the closer Everything will Rust which sees the band stepping outside the rather tepid spectrum they seem to relish in. One might as well call it post-hardcorish. With a stellar guest vocals provided by the vocalist from the funk band Bad Rabbits and your typical Karl’s still undiminished-in-intensity roars over it. A much cathartic 4 minutes I must say.

Much like ‘Mirrors’ (their sophomore effort) this is probably a temporary dip in quality. Very likely to be the case of a band searching for that elusive perfect mix, once again. Although not a bad record by any means, all it does is leave you optimistic for their next release.

Review of the new album from Hope for the Dying titled Aletheia, released via Facedown Records. 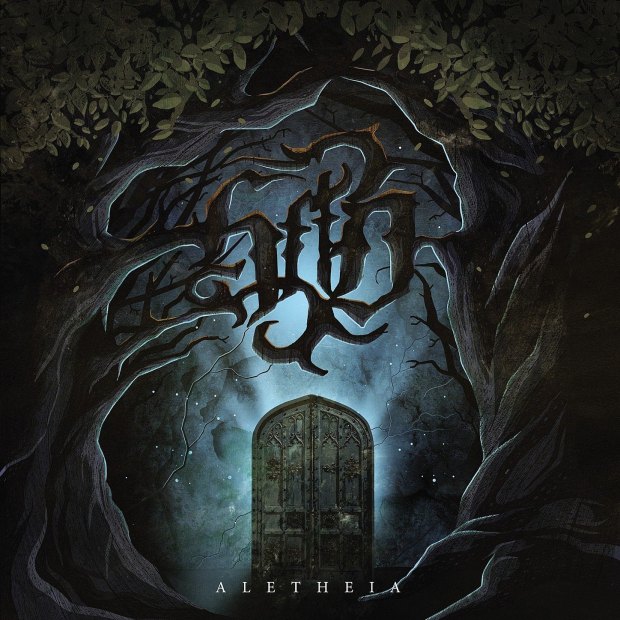 Much maligned due to its relative creative stagnancy, metalcore has been pushed down the annals of history as simply just another ‘flavor of the week’ phenomenon. Much of the bands of yesteryear that rather frivolously worshipped the genre, have now either moved on to greener(for now) and djentier pastures or shed their roots completely or better, stopped being a band altogether. The few metalcore heavyweights that remain will run their course before the very same kids who adore them now will find more interesting bands as go up the aesthetic ladder.  Despite the pitiable state of the genre at the moment, the hope now resides in a vibrant Christian metalcore set which includes the likes Becoming the Archetype, Oh Sleeper, Norma Jean, Advent and the once legends Zao. Then there is the relative genericide from the much established acts  As I Lay Dying (their name has finally got up with Tim), August Burns Red and The Devil Wears Prada. The former set takes the cake for being a tad more creative than the latter half. Yet still all these bands have churned out a few good records over the years but all that seems to have come to a standstill in the last few years. Even the new Killswitch Engage record failed to evoke any sort of interest beyond its release date.

This is where Hope for the Dying comes in. They are a mishmash of metalcore and melodic death metal with song lengths that go beyond the usual metal norm. Calling them metalcore would be a blatant ignorance for they are much more than that. Splashing grandiose symphonic elements onto a seemingly intricate riff tapestry makes for one enticing bunch of songs.  It should be! Right? Well, although this was the modus operandi, being notably epic, on their last full length and sophomore effort  “Dissimulation”, it never clicked for me. For one it sounded much too forced with the overbearing keyboard sections reminiscent of latter day Dimmu Borgir, which I reserve a personal disgust towards. The riffs seemed to be going nowhere albeit hinting at something great but in the end falling well short of realization.

Aletheia is concise and sees the band with a single directive. Songwriting. They weeded out the almost ridiculous amounts of keyboard symphony, and replaced them with well timed and more subtler and yet majestically potent key ladened parts. The change in style is drastic for the symphonic elements take a back seat and the riffs, finally, come into the fore. Josh Ditto who handles both the vocals and the keys concentrates more on his vocals which albeit show signs of improvement still remain average at best. With most tracks going beyond the 5 minute track it makes good breathing space for the riffs and leads to fully explore and set themselves. With innumerable melodic hooks and seamless transitions this does enthrall the listener. These long wrought melodies are substantiated by heavier segments for traction which unlike its predecessor does not seem forced at all. Cool acoustic passages spring up at exactly the right moments, the best among them being the intro to In Isolation and the extremely cathartic instrumental Through a Nightmare, Darkly. Acceptance and Open up the Sky will probably go down as some of the best songs all year.

With a baffling yet blissful amount of shredding on a single album, spot on keyboards and stellar songwriting sees another band not letting ambition drown out its delivery. Aletheia sees Hope for the Dying on the threshold of self – realization.